What is the Nerdle Mini? If you have already played the mathematical Nerdle wordle, you will have been able to check the difficulty of this online math game.

We have already explained what the nerdle game consists of, how to download it and why play nerdle, but here we are going to show you what the mini nerdle consists of, what its rules are and why it is better to start playing this free online game in case you want try it. We think it’s just as fun to play with numbers as it is to play with letters, so you’re sure to like it!

Nerdle Mini is a daily game that can only be played once a day inspired by the famous Wordle that is sweeping the Internet, we have tried it and we are already looking forward to playing it again tomorrow to share our result. At first we played a lot of normal nerdle, but how difficult it is put us off a bit until we discovered NERDLE MINI, which works just like the original nerdle but easier.

What is the nerdle mini Online? The game is very simple. It consists of solving the correct mathematical operation in 6 attempts, but in this case there are only 6 characters instead of 8 as is the original nerdle game. If you succeed, nerdle mini shows you the time left for the next math operation and in which attempt you have solved it. Then it gives you the option to share it on your social networks. It can only be played once a day and you can surely show it to your friends.

How to play mini nerdle online

Nerdle is a simple hobby that has gone viral thanks to its simplicity, and the fact that you only have 6 daily attempts to solve its challenge (the same for everyone, too). If the user solves the mathematical operation, he will not have the option to play again until 24 hours have passed. It seems to us a great success from our point of view, since it is presented as an addictive daily challenge.

Nerdle mini how to play:

The game allows you to share the results on social networks, illustrates the sequence of attempts with colors but does not reveal the solution, to increase the attractiveness and curiosity of trying to reveal the word of the day, and the competition between some users and others is what makes this game addictive A new 6-character every day!

To play nerdle minino you need to download nerdle mini, you can play online it is not necessary in nerdle mini to download the game to see your statistics in the icon above where you can see the result if you do not hit it.

To configure nerdle there are 4 options available:

Here are different clues for you to find the solution by yourself:

The nerdle mini version has not yet been adapted to several languages, but being mathematical and with this universal version it may be enough to understand the game. If you dare, post your results in the comments and we can compare results.

We’re seeing a lot of web and mobile apps that mimic how Wordle works, and Nerdle is a success story if you prefer math. To exercise your mind in your free time, it’s a good option without the need to download the Nerdle app, and without needing to register or anything, you can start enjoying this mini game for free.

We leave you some alternatives to nerdle to exercise your mind:

Is it very easy for you to nerdle mini? If you have nerdle answer or find it too easy to find the solution to mini nerdle, there is a nerdle version with more combinations that is hard to play.

What is the mini nerdle?

Nerdle mini is a game that consists of players having six chances to guess a six-letter mathematical operation once a day. It is the easiest version of Nerdle.

How do you play nerdle mini?

The purpose of the game is to guess a mysterious six-number word known as nerdle in six tries. With each try, the colored blocks change to show how close you are to guessing the math of the day.

What is the objective of the mini nerdle game?

Generate as many clues as possible to guess a 6-number word in 6 attempts with numbers from 0 to 9, and the addition, subtraction, multiplication and division symbols: 0123456789+-*/=

What games are similar to wordle?

There are games similar to wordle such as Nerdle which aims to guess eight combinations with numbers but in mathematical operations. There is also Lewdle which is a version of wodle but with obscene words and a wide variety of other words in multiple languages. 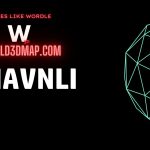 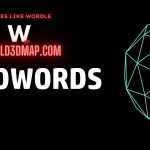 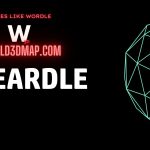 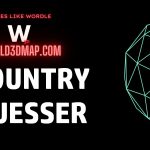