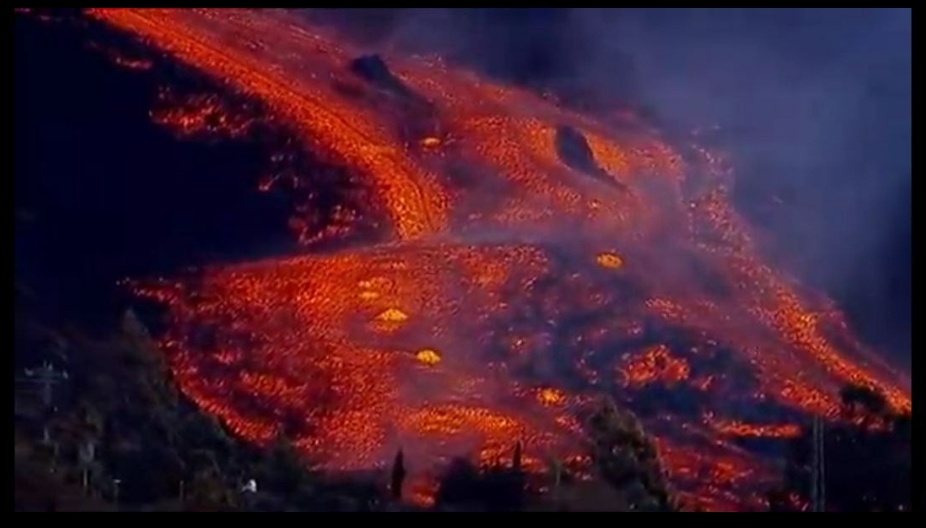 Volcano Spain eruption (Canary Islands) has erupted on Sunday, September 19 at 3:12 p.m., in El Paso. The level of emergency has turned red on the island, and affects the municipalities of Tazacorte, El Paso, Fuencaliente, Mazo and Los Llanos de Aridane, with some 35,000 people affected in total.

The La Palma volcano has seven eruptive mouths and the lava does not seem to advance rapidly. Even so, the lava that descends towards the sea has already affected some houses.

According to Involcan, since last Friday, September 10, 2021, about 25,000 earthquakes had been registered. During this last morning, the IGN has registered more than 70 seismic movements on the island of La Palma, one of them of a magnitude 3.3 located south of the municipality of El Paso and felt by the population.

Follow LIVE the evolution of the volcano on La Palma from the signal broadcast from TelevisionCanaria.

Tour of the lava volcano of La Palma

Then you can use this map where the information about the route of the lava is updated, although it is not official it is updated by the Open Street Map community.

Easily sign up for Audible and enjoy the best catalog of audiobooks in Spanish! Amazon’s audiobook platform is here! Run now for your 30 days free! Download and listen. Exclusive audiobooks. 30 days free. Without permanence. Try Audible for free, with over 90,000 books to listen to:

Evolution of the sulfur cloud of the Volcano Spain eruption

The prediction is that the particles will reach the rest of the country in the next few days and they will do so entering through the Spanish Levante.

According to experts, the & nbsp; sulfur dioxide cloud from the & nbsp; La Palma volcano & nbsp; is heading to the Peninsula. It is estimated that a & nbsp; proportion of these particles will reach the rest of the country in the next few days. They also point out that there is no risk to health.

In case you want to share how the sulfur cloud spreads ⚡

Where has the volcano erupted in Spain?

The area affected by the erupting volcano on September 19, 2021 is in La Palma (Canary Islands) Spain.

A small earthquake was felt, in the Las Manchas neighborhood in El Paso, to a large explosion that was followed by a huge column of smoke and expulsion.

A total of 64 military personnel, 6 fire trucks, 2 wet nurses and 2 communications, command and control vehicles will be the first deployment of the Military Emergency Unit (UME) in La Palma to deal with the situation.

How many days will the eruption last?

VOLCANO LA PALMA 🌋The lava is getting closer to the coast, you can see on this Interactive Map CANARY ISLAND VOLCANOE LAVA FLOW! and the lava progresses. Will it reach the coast? What consequences would it have?

Video of the Canarian volcano eruption 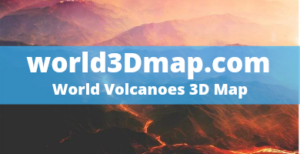 Are you searching World Map of Volcanoes? In World3dmap you can find an interactive map with all volcanoes in world ...
Read More 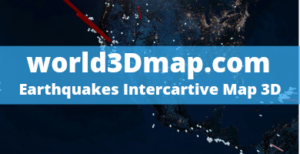 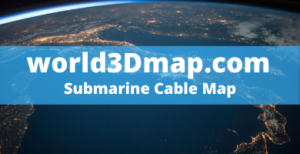 Are you searching for a map with all the submarine cables in the world? Here you can see an incredible ...
Read More 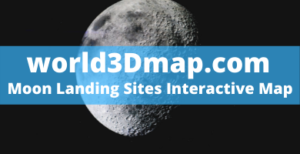 Looking for curiosities from the moon? In this article we show you the moon as you have never seen it ...
Read More