We collect the highlights of each day from official sources and constantly update the data regarding lava flows and flows in the only active volcano in Spain today.

Scientists follow the birth of the new volcano in Cumbre Vieja daily and today they continue to believe that this volcano follows the pattern of a strombolian eruption common in the Canary Islands. How many lava flows are there in the La Palma Volcano? Every day that passes new lava flows and eruptive vents appear, here we are updating daily the information about the volcano in Cumbre Vieja from Copernicus source data.

Next, we show the video signal of the La Palma volcano broadcast by RTVC on its YouTube channel LIVE:

The updated map is based on COSMO-Skymed NG radar imagery as of October 25 07:14 UTC:

The flows are widening. New overflows and CURIOUS AND SAD FACT. THE AREA WHERE THE DOGS WERE, WILL ALREADY BE SWALLOWED BY LAVA.

There was a new collapse in the secondary cone of the La Palma volcano in the Canary Islands early this morning. Volcanologists have detected a new stream, in this case it is the tenth lava stream. Right now, the volcano on the pretty island has 5 lava sources or eruptive mouths and 10 lava flows.

This updated map is based on COSMO-Skymed NG radar imagery As of 24 October at 07:14 UTC:

Last Minute!, a new vent has been opened in the main cone.

➡️ New collapse in the volcanic cone of the La Palma volcano that has also begun to shed more lava from new points.

The new wash is heading towards Las Manchas and is moving at about 50 meters per hour. According to Copernicus, the flows affect a total of 891.9 hectares, affected or destroying 2,270 buildings and infrastructures so far.

On this date there are 7 lava flows on La Palma. As of today, October 24, 2021, we tell you how many lava flows there are in the La Palma Volcano Today.

Data taken by copernicus based on COSMO-Skymed NG radar images as of October 23 at 07:14 UTC:

The PEVOLCA is especially monitoring the progress of the new wash that emerged yesterday and is slowly moving south.

It is estimated that the area affected by the lava has grown by more than 3 hectares due to the lava spill from the south and the voids that the lava has filled in intermediate areas. The Steering Committee of the Special Plan for Civil Protection and Attention to Emergencies due to Volcanic Risk of the Canary Islands (PEVOLCA) of the Government of the Canary Islands, led by the Minister of Public Administrations, Justice and Security, Julio Pérez, analyzed the daily report of the Scientific Committee that indicates that during the last 24 hours the effusive phases alternated, with intense explosive episodes.

In the meetings of the Committees, the new lava flow that emerged yesterday was analyzed, which is currently slowly moving south towards Corazoncillo, an area that is evacuated, and which is being specially watched and monitored.

Scientific teams have registered an increase in seismicity during the last day in the south of La Palma. Almost 200 earthquakes in 24 hours have been recorded. If you are looking for more information updated daily on seismicity in La Palma, you have it all in world3dmap.

There are currently three lava flows on La Palma. As of today, October 12, 2021, how many lava flows are there in the La Palma Volcano and we classify them in 3 different points.

This has been the route of the three coladas that have been active since the beginning of the volcanic eruption on La Palma, fantastically explained by RTVC which is fantastically informing us all of the last hour on La Palma.

In addition to the original one, which ended up in the sea and created the fajana on the Tazacorte coast, there is another one further south that is on the fajana of the San Juan eruption of 1949.

How many lava flows are there in the La Palma Volcano? In the following image we can see the lava flows and their path from the eruption to its end and mouth, captured by Copernicus using an optical image acquired on October 10 at 11:50. 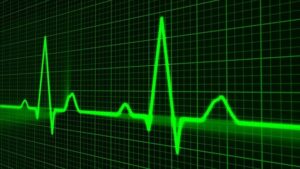 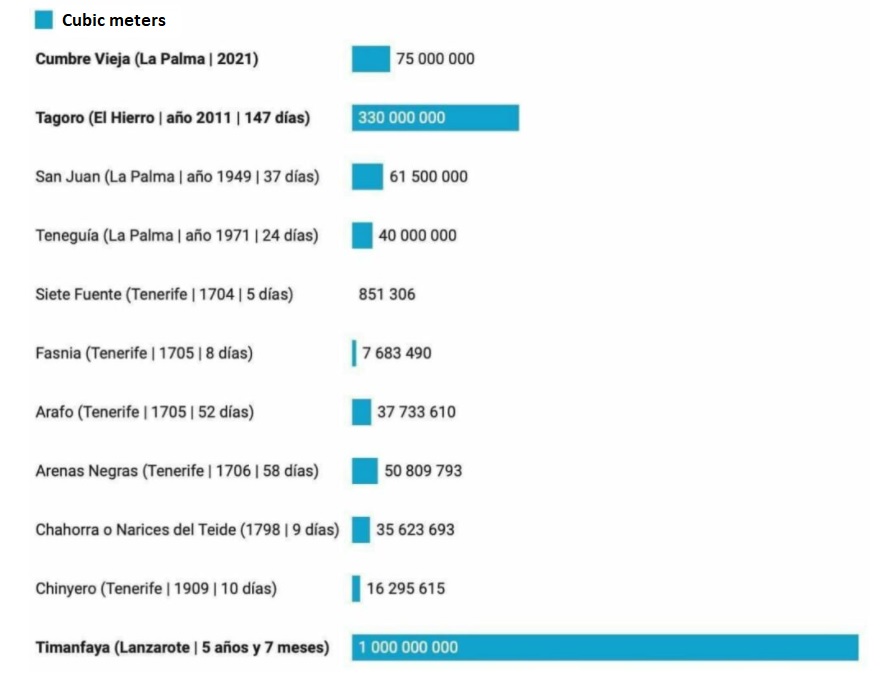 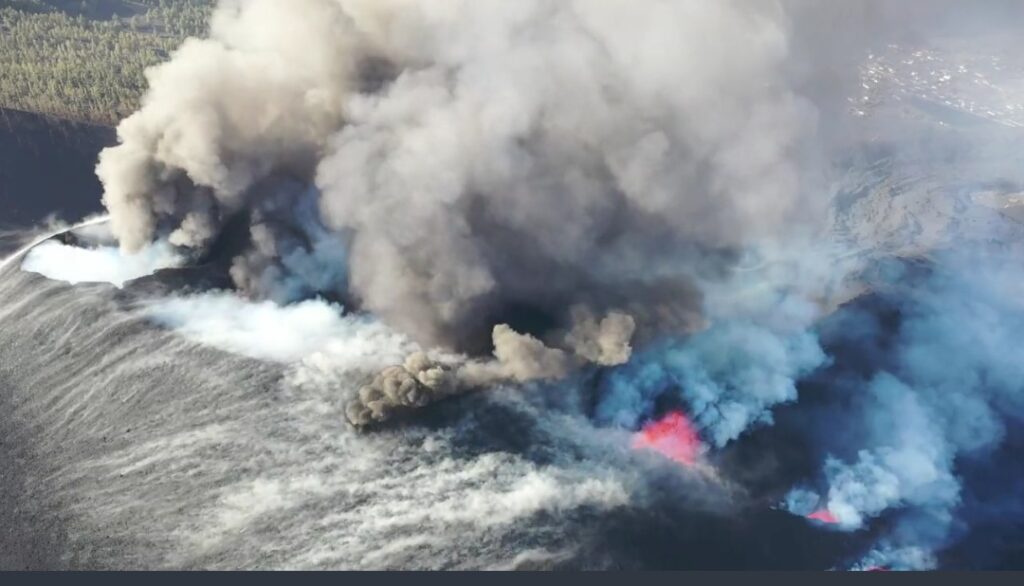 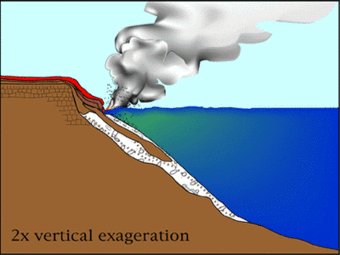