What is erupting in the year 2021? ALL Erupting Volcanoes in 2021 in this updated table from the Global Volcanism Program (15 October 2021). Here you can see status Erupting volcanoes today, Eruption Start Date and Eruption Stop Date. You can find volcano by country and if volcano is continuing erupting.

Where are volcanoes currently erupting? Here you will see an updated repository from all volcanoes countries, and news, images, videos, interactive maps and information about current eruptions. World3dmap, we are fans of 3D maps!

How many active volcanoes are there? 🔥

Overall, 48 volcanoes were in continuing eruption status. Here are a few statistics (at last database update on 15 Oct 2021).

How many volcanoes are erupting right now? Look for a Volcano in this List of volcanic eruptions.

NOTE: The numbers will change as new research is published, new age dates are acquired, or new criteria are applied and volcanoes are reviewed.

If you want to see an erupting volcano TODAY, you can find all videos, images, interactive Lava maps and LIVE TV in La Palma Volcano (Spain), here you can see All about Volcano in Canary Islands and Recent volcanic eruptions 2021:

What is the most recent volcano eruption 2021? 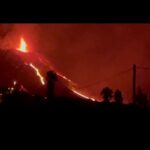 La Palma volcano erupted on Sunday, September 19, 2021, it has not stopped expelling lava that is devastating the island of La Palma in Canary Islands (Spain)

How many eruptions volcanoes are there in 2021? 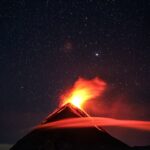 There are 48 Volcanoes erupting now, and 69 volcanoes that erupted during 2021 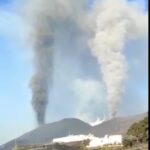 In 2020, there weres 68 Volcanoes that erupted and in 2021 there are 69 at the moment. Normally there are between 70 and 80 volcanic eruptions a year on average in recent years.