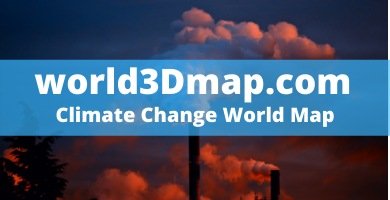 Climate change what is?

Climate change constitutes the greatest threat facing humanity in terms of the environment. Climate change is the global variation in the Earth’s climate. This variation is due to natural causes and the action of man and occurs on all climatic parameters: temperature, rainfall, cloudiness, etc., at very different time scales.

The main cause of climate change is global warming and it has multiple negative consequences on physical, biological and human systems, among other effects.

A lot of scientists from all countries implore humanity to save the planet. As we reported in another article, they point out that the situation has worsened so much in the last 25 years that drastic changes, both political and in individual behavior, are essential to avoid collapse.

These scientists are calling for social mobilization so that politicians and citizens react, respect nature and change the energy model. They are meeting at the Alliance of World Scientists to bring together more scientists, raise their voices and be heard about the urgency of ensuring the sustainability of the planet and human well-being.

In this video you can see climate change consequences, we need to stop and reduce the pollution of our planet.

The best maps of the earth in 3d

If you want to see another related interesting Interactive 3D Maps, click here:

The long-awaited new climate summit already has a date: November 2021

The meeting sponsored by the UN, a follow-up to the one held last December in Madrid, should take place at the end of this 2020, but due to the current coronavirus pandemic it will be held in November as announced on twitter by the official account of UKCOP26 (UN Climate Change Conference UK):

#COP26 will take place between 1 – 12 November 2021 in Glasgow. The COP Bureau of the @UNFCCC, with the UK and our Italian partners today agreed on new dates for the summit. The UK will continue to work to increase #ClimateAction, build resilience and lower emissions.

Climate change how can i help?

We need the commitment of the majority of citizens in the world and try to contribute little things from our way of life and we need you to fulfill the political commitments to reduce emissions and thus help to stop climate change.

Here we present the main problems of climate change:

Last year, Spainsif, at its annual forum, presented the study “Investments and climate change” that confirms the sensitivity of the sustainable investor with regard to finances linked to the energy transition.

The report «Investments and Climate Change» delves into the state and perceptions of the market on this issue, providing information and recommendations to promote the process of transition towards a low-carbon economy based on an extensive bibliographic review and the results of a questionnaire and interviews carried out with key agents in the sector.

Here are the main conclusions drawn from the report:

Regarding financial instruments, sustainable bonds and green bonds are perceived as the most important instruments for the next three years, respectively by 76% and 62% of those surveyed and 71% and 64% respectively in the next ten years.

Regarding transition risks: Market risks (with 55%), public policies (53%) and, to a lesser extent, reputational risks (45%), are the risks perceived by respondents as most important for the financial sector.

There is a clear perception that the oil (81%) and coal (70%) sectors are going to be the sectors most negatively affected by climate risks.

On the other hand, the solar energy sector is the bet for current investments of 61% of those surveyed, followed by energy efficiency (43%) and low-carbon transport (41%).

The three barriers indicated as the most relevant for investment in adaptation and mitigation are inexperience and / or lack of knowledge in the market (63% and 57%, respectively), lack of global standards (50% and 46% ) and the lack of reliable information (41% and 37%).

The engine identified as the most important for investment in adaptation and mitigation is undoubtedly the growing demand (69% and 87% respectively) followed by regulatory developments (51% and 58%).

In the Spanish case, better regulation would be the main action to accelerate the growth of climate investments in Spain for 87% of those surveyed and the push of institutional investors for 78%.

Support for R + D + i (65%) is the action understood as the one that can contribute most significantly to the just transition in Spain. Other actions provided for in the draft Law on Climate Change and Energy Transition and highlighted in the survey would be fiscal measures (52%) and job creation measures (50%).

For the current situation, it is clear that the European Directive on Non-Financial Information States and Diversity, transposed in Spain by Law 11/2018, is the most widely adopted (53%) and implemented (56%) instrument, although the European taxonomy must become more important in the next three years for 38% of those surveyed.

The most striking result of the survey has been the extraordinary optimism with the new European legal framework, especially the new taxonomy of sustainable finance: 86% of the respondents believe that they will condition the increase in both supply and demand of climate finance.

Finally, and also with great optimism, two-thirds (66%) of those surveyed believe that there will be an increase in climate financing as a consequence of the COVID-19 crisis, either due to the widespread growth of sustainable financing (41%) or thanks to green economic stimulus plans (25%).